Driving tests will also be conducted from Cheadle fire station from the 25 June.

The move is part of the driving standards agency Initiative to offer a more local service for driving test candidates. as well as using conventional test centres, the DSA is working with public and private sector partners to provide driving test in areas that don't have a local test centre.

we will keep you undated on this in our next letter.
E-mail me your thoughts on these proposals

The fixed penalty will also enable the police to offer educational training as an alternative to endorsement. Drivers will still be able to appeal any decision in court.isting fixed penalty levels rising to a 100

In addition, existing fixed penalty levels for most motoring offences- including using a mobile phone while driving and not wearing a seatbelt- will rise to 100

Evidence shows as the temperature rises the risk to cyclists and motorcyclists being killed or seriously injured is more prominent on our roads.

Why- Because on Britain's roads "effective observation" at junctions particularly is missing.

You can help to reduce this avoidable catastrophe on our roads by looking and seeing. 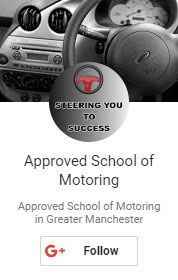